While scanning through some files today I came across a few photos that made me realize I need to do some travelling – some more sightseeing. 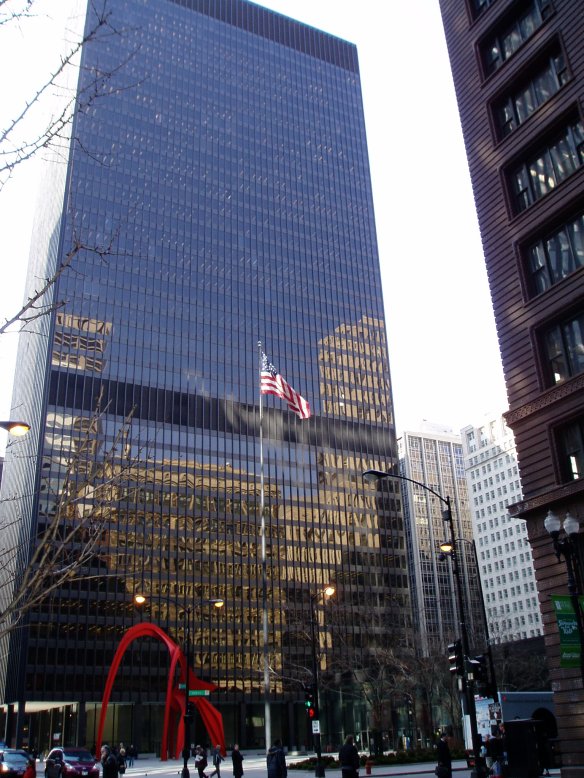 Having the opportunity to play tourist in Chicago, New York City and Toronto, I got to experience 3 very different cities, but all with 1 architecturally similar skyscraper in their skyline.

The Kluczynski Federal Building (45-story) in downtown Chicago, the Seagram Building (38 story) in Midtown Manhattan and the Toronto-Dominiom Tower (56-story) in downtown Toronto were all designed by Mies van der Rohe.  All 3 of these buildings are of the International style in which the buildings’s structural elements are made visible on the exterior.

Ludwig Mies van der Rohe (March 27, 1886 – August 19, 1969) was a German born American who left his mark on the world in a very visionary, forward thinking, contemporary way.  And long before social media or technology!  Mies van der Rohe was an architect who was widely regarded as one of the pioneering masters of modern architecture.

These iconic skyscrapers that Mies van der Rohe dubbed “skin and bones” architecture still stand today as a testament to the adage “less is more”.